Why a Quality Fire Suppression System is Important for All Properties

Fire protection is essential for any business. New South Wales Fire and Rescue responded to over 4,500 residential and small business fires last year. Most were caused by common household items such as lighters, radiators, unattended stoves, and other electrical appliances. 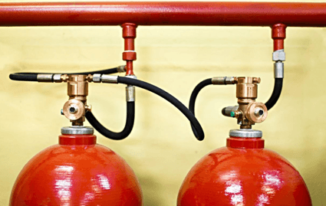 The risk of fire is real and can destroy the home or business you live or work in. Household fires can lead to serious injury or death. Fire protection services can install a fire suppression system in your building. These systems range from the familiar water sprinkler to much more effective and versatile chemical agents.

Fire can be dealt with in two main ways: cooling the heat of a fire or cutting off a fire’s supply of oxygen. Water is the main way of dealing with the former, while the latter is usually accomplished with chemicals.

Water sprinklers are the most common, reliable, and inexpensive form of fire suppression. Water both cools and smothers a fire, lowering its temperature and cutting it off from oxygen.

Water sprinklers have several drawbacks that make them badly suited to certain businesses. Water cannot put out a grease fire or other flammable liquid. It simply evaporates and spreads the burning oil further.

Water conducts electricity, so you cannot use water to put out electrical fires either. Electricity is the cause of one-third of home fires. Because of their resistance to water, they can be among the most dangerous and destructive fires. In addition, water can cause permanent damage to the structure of buildings. Potential water damage certainly shouldn’t be your first concern during a fire. But it can still be frustrating to have to account for damage caused by the fire’s extinguishing agent as well as the fire itself.

Chemical Extinguishers are a common solution in buildings with a risk of electrical fires or grease fires. They are commonly found in the familiar red canister and are located in an easily accessible area. Chemical extinguishers can also be integrated into a sprinkler system.

There are several different types of chemical extinguishers.

Dry powder extinguishers use a chemical compound that separates the fire from its fuel source. They focus on attacking the fire at its source, which is why you should always aim an extinguisher at the base of a fire. Dry powder exinguishers are versatile but can cause damage and corrosion when used on an electrical fire.

Wet chemical extinguishers use potassium salts, which are sprayed out as a fine mist. The mist decreases the temperature of the flames. It then settles to create a barrier between the fire and its fuel source. Wet chemical extinguishers are very effective on grease fires, because of the chemicals used. However, they are less effective on electrical fires or combustible materials.

A “clean agent” refers to a gas that can put out a fire but leaves no trace of itself upon evaporating. Clean agents eliminate the heat, oxygen supply, or fuel source of a fire.

Clean agents are usually part of automatic fire suppression systems. When smoke or excessive heat is detected, the gases deploy automatically. This makes clean agent suppression systems a popular choice for maximum safety. They reduce property damage as well, as they are able to quickly detect fires and confine the damage to a small area.

Clean agents are also more environmentally friendly than other chemicals. They leave no harmful residue or pollution. They are non-toxic to humans and do not damage their surroundings. Clean agent systems are popular in office parks, industrial facilities, and places with an excess of electronic equipment.

Some manufacturers design fire suppression systems specifically for kitchens. These contain chemicals that work specifically on grease fires. They deploy a fine mist that leaves a minimal amount of mess, making the cleaning and sanitization process easy.

These systems are usually concentrated on stoves, deep fryers, or other cooking areas. They automatically shut off the gas line to the cooking equipment, preventing any risk of adding fuel to the fire.

Other fire suppression systems are available for large buildings such as warehouses, mines, or factories. A company can rely on its supply of goods in a warehouse for its entire income. Therefore, these systems must be especially quick and effective.

Industrial fire suppression systems are usually massively scaled-up versions of ordinary clean agent systems. Some industrial systems are able to completely seal off fires in one room via a series of automatic doors. This prevents fires from spreading. In large machines such as wind turbines, CO2 is often used as a suppressant. This gas is poisonous to humans in confined spaces but is extremely effective at cutting off fires from oxygen.

What Else Should You Know About Fire Suppression Systems?

Fire suppression system inspection must be done regularly. This is usually every six months to one year, depending on the system. Look for a professional fire service that also offers fire safety courses to train you and your staff or family in the proper procedure should a fire occur. 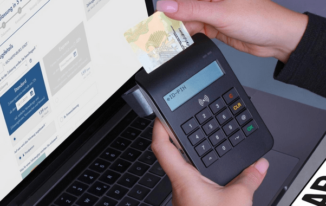 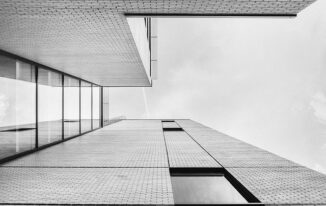 How to Make Your Small Company Appear Bigger 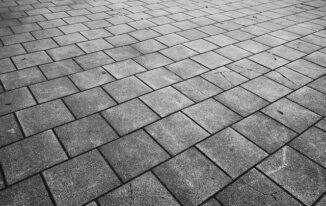 What to expect from a concrete driveway company