The Abbreviated History of Signatures

Since the earliest recorded times, humans have used signatures to put their vow in writing, identify their work, or write communication. While making and validating those signatures have evolved since those early days, surprisingly, the purpose and use of signing the name has not changed all that much. 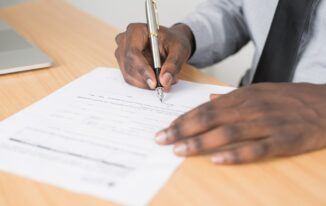 Let’s take a quick tour of the history of how signatures have changed since their inception. From the earliest known occurrences to modern applications like mSign, find us now and explore how technology has had a constant proportional relationship with giving and accepting a signed name.

Since as far back as 3000 BC, populations have been using a signed, individualized mark to designate meaning. The first recorded example of using a signature is believed to be by a scribe name Gar Ama. He was a Sumerian who used a clay tablet around 3100 BC and signed his unique identifier. It was a pictograph of sorts, a language of pictures and symbols, as was the adopted method of using written language.

The Greek and Roman empires had the next most noted influence on the use of signatures and written language as a whole. With the invention of the 22 consonant Phoenician alphabet and later acceptance and incorporated into Greek culture, the basis of our modern-day Latin alphabet was underway. During Valentinian III’s reign in 439AD, Romans were known to use signatures in official capacities. But the first use of signature by a well-known nobleman and military leader didn’t occur until 1069. That was “El Cid” who hailed from Spain around that same time.

During this time, the signature was not necessarily a written mark. Many Romans used to seal a symbol into wax, which was a unique signifier designated to represent them as individuals or perhaps represent the family. They typically wore this symbol on a signet ringon the ring finger of the left hand. While the signet had an individualized connection to the person whose symbol was being used, it was common for the owner to allow others to use their mark, adding their name to the legitimacy of whatever document was in question.

As philosophy, art, and sciences flourished and intermingled, it became en vogue to use a signature as a way of claiming the work of art or the text upon which it was written. Especially in the world of art, the long-lasting norm of placing a shorthand or initialized identifier on the work is popular even among amateurs. But of course, for these works of art, the interest in forgery must include the art as well as the signature.

When most children spent their early years living among their family and not attending a structuralized education system, it was not uncommon for those to know how to read and write. Many used either a hand-written “X” or a finger dipped in ink in the absence of literacy as their mark of approval. Of course, one major drawback of this method was that the signer might not be able to verify what they were singing as so led to many catastrophes.

In 1677, the English Parliament passed the State of Frauds Act. This new law required that all contracts include a signature to ensure against the possibility of fraud. From this point, the signed name became a way to mark an official pledge in written form. This idea of the signature becoming a legal and binding method of sealing a contract was underway. It would later see that the new land of America also used this principle in writing the Declaration of Independence.

The documents that were orchestrated on behalf of the new country were considered traitorous to the Crown. Yet, each of the framers conscientiously added a signed name to each document’s bottom, understanding the necessity that the document needed that note of definitive and binding. This is the source of later use of one of the largest signatures on the document, John Hancock, as an interchangeable synonym for signature.

There has been an intrigue in capturing their signature for as long as there have been celebrities, famous artists, sports stars, and political figures. The signature, when related to someone famous, is more often referred to as an autograph. For some reason, this long-held use of signatures seems to be one that may escape the extinction of signatures due to technology. Today’s celebrities continue to offer hand-signed autographs. It may be that this method of signature verifies to any who may be jealous that the holder of the signature, the autograph, was indeed in the presence of someone famous at one time. A pen and paper signature still carries a degree of authenticity in this arena.

In the late 20th century, many legal documents were commonplace in the world of commerce, real estate, and lending. Thus far, the signature has been expected to be one written in cursive, typically in the pattern of first name, middle initial, last name. A signature is a legal acceptance of contract terms. As such, beyond the age of eighteen, a signature carries the weight of responsibility.

As technology began to incorporate the use of transferring paperwork digitally, beginning with the fax, a written signature’s expectation is becoming more and more unnecessary. Signatures are now accepting via electronic means following the 2000 E-Sign Actsigned by US President Bill Clinton. This law made it possible for the electronic signature, which may or may not be an actual representation of the signer’s genuine signature, acceptable. This created the opportunity for individuals to affirm their legal intent from any location around the world.

It’s curious to consider what will happen to the traditional expectation. Many people now admit to signing their name in print or to using a stylized design that only somewhat resembles their reputation as a way of making their unique mark. But will this, too, fall away as fewer and fewer people require a hardcopy print of their oath?

When it comes to signatures, the expectation, look, method and purpose has changed throughout history. As we look ahead with eager anticipation, and maybe some trepidation, it will be interesting to see what becomes of this long-held tradition. 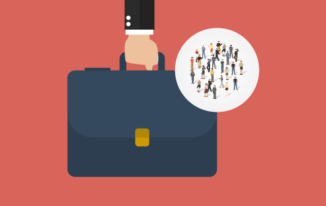 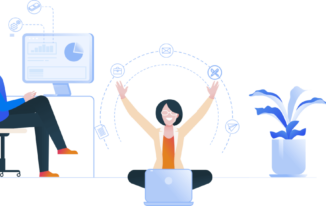 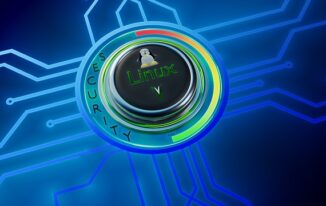